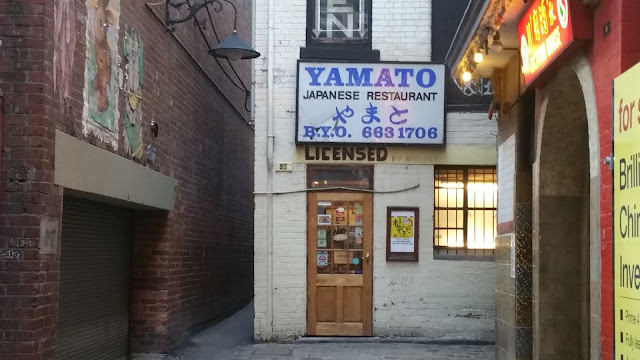 Nearing the end of our trip, my companion realised that I was suffering symptoms of severe Japanese Food Withdrawal. Having come close to two weeks without any, he decided it was probably time to hunt some down. After much research, he opted for Yamato, situated in Corrs Lane, not far from our hotel. 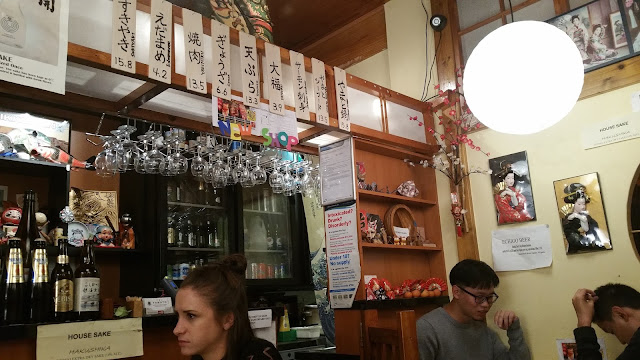 The store was quite small, but decked out in quite a lot of Japanese decor, which gave it quite an authentic look. Luckily for us, we managed to get the last spare table. 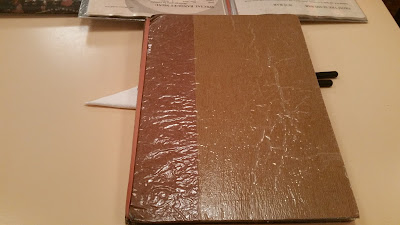 We were given the extensive menu, and made our selections from there. 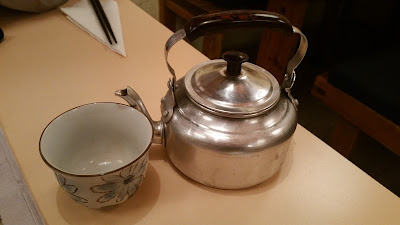 My companion opted for the pot of green tea for one, which came in a little metal pot. He noted the tea was a bit weak though. 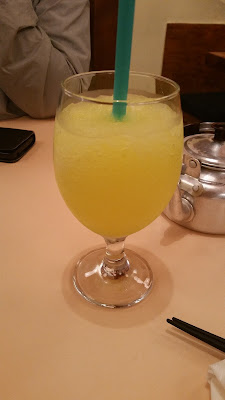 Remembering a friend's recommendation to have alcohol to combat the flu (apparently killing germs), I opted for a Pineapple Chu-hi, which was fruity but very sweet. 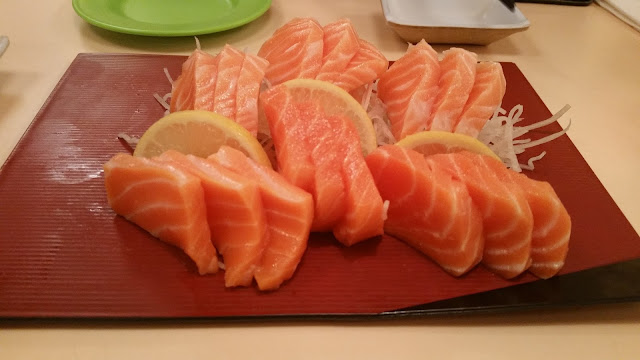 Our meal began with a large portion of salmon sashimi. Unfortunately for us, despite the generosity of the portion, the fish was highly unfresh, which meant that we had severe difficulty in being able to finish it. The quality was definitely not up to what I would expect a reputable Japanese restaurant to sell. 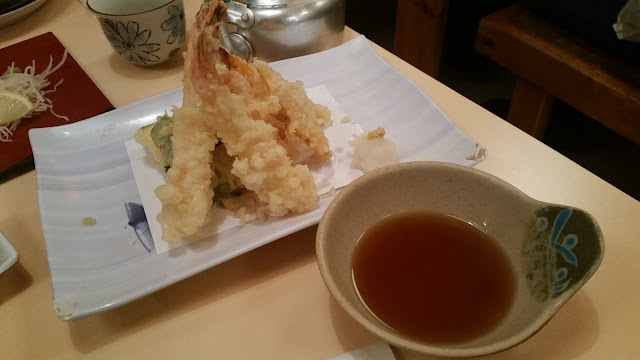 Our seafood tempura came next, and it was a relief that their cooked food tasted far better. The prawns and veges were lightly battered, freshly fried and served with a strong dipping sauce. Whilst the prawns could still have been fresher, it was still better than the sashimi. 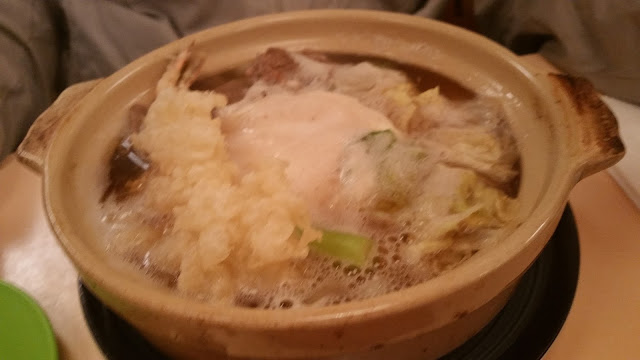 Next we had a nabeyaki udon, which came with the regular usual egg, chicken, veges and prawn. It was both warming and nourishing. The udon erred on the side of soft, but absorbed quite a lot of soup. 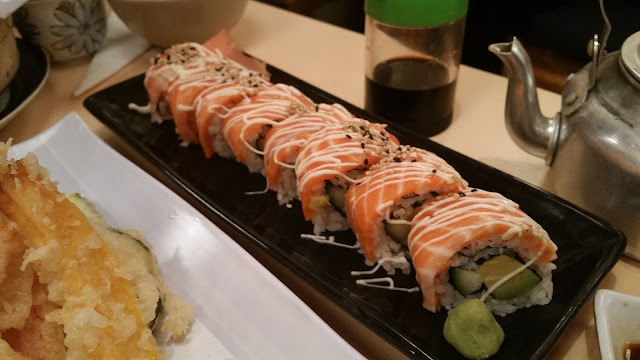 Had we known that the sashimi was not fresh, I would not have ordered the salmon roll. But I ordered it before I knew. It was served with a really thin slice of salmon on top, with ripe avocado and crunchy cucumbers in between. The salmon again wasn't very fresh, and Yamato also opted to use long grain rice as opposed to the usual short grain sushi rice, which made me quite disappointed. 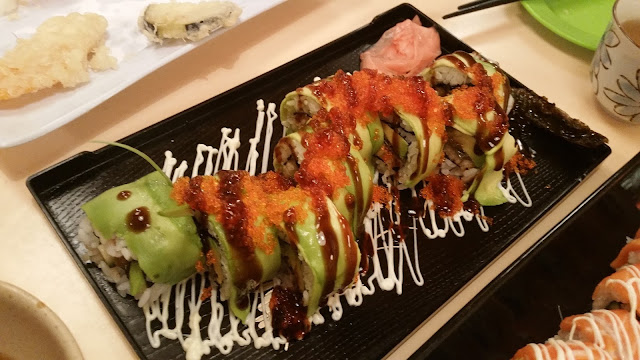 I found the caterpillar roll to be a bit more palatable. Containing unagi, ripe avocado, cucumber and being topped with more avocado and flying fish roe, it was quite a celebration of textures, with both mushy and crunchy elements. Barring the long grain rice, I really enjoyed this roll.