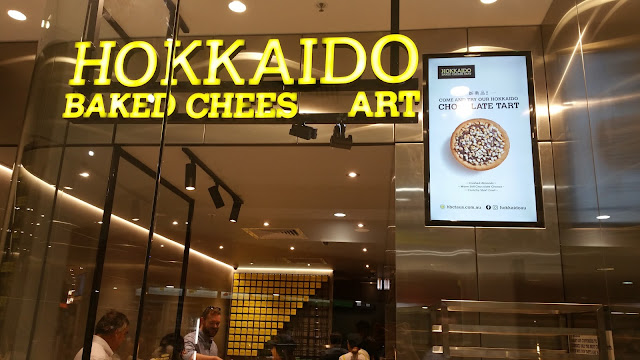 Hokkaido Baked Cheese Tart! How long have I waited for you to open! Since I had my first taste in Melbourne I haven't been able to get it off my mind. Of course, that means that I had to go on opening week. Luckily for me, heading there after the lunch hour but before afternoon tea time meant that there were no crowds and the line was minimal. 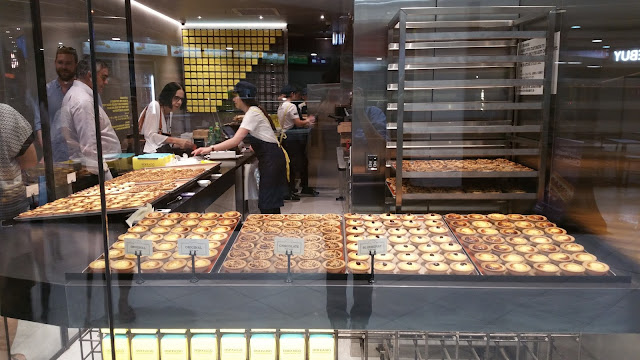 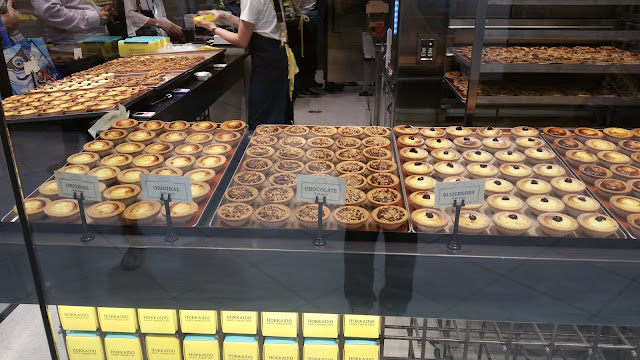 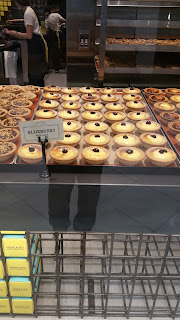 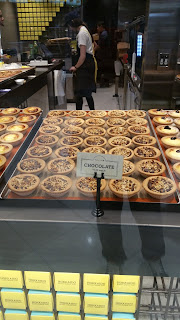 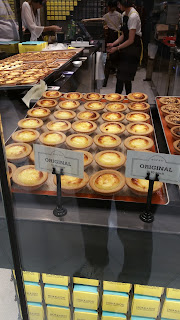 Compared to when I was last in Melbourne, they have had a 50% increase in flavours. Rather than 2, they now have 3 flavours, original, chocolate and blueberry. 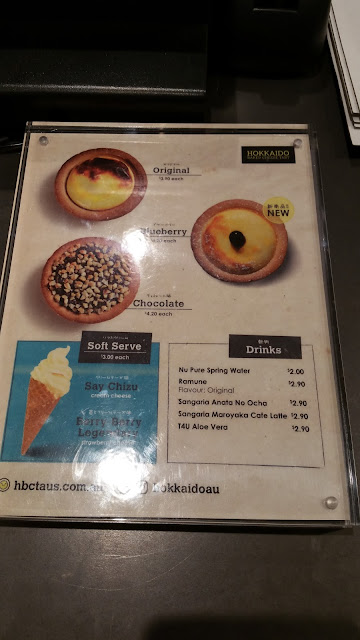 Ordering at the counter, I realise they also sold ice cream and drinks, and made a mental note to try later. 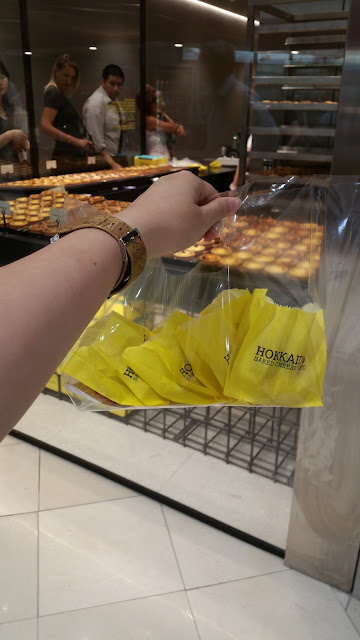 Whilst I did want a box to have take away, apparently it requires a purchase of at least five. So sadly my purchase of four tarts came in a bag, which meant that there was a lot less stability when I carried the tarts back to my office. 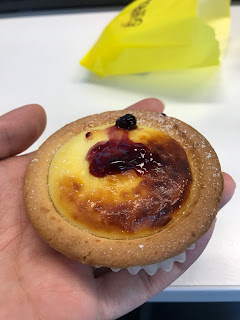 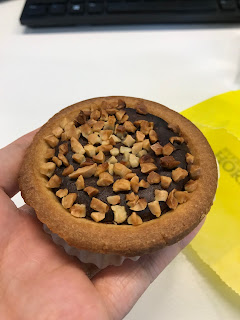 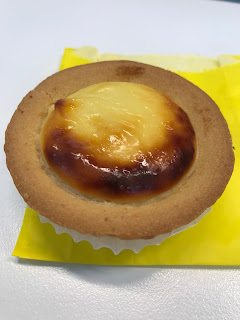 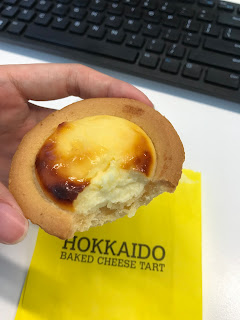 The tarts arrived at my office mildly warm. Both the original and blueberry tart were quite soft and the filling was fluffy like a cheesecake, and the base was quite crumbly, although as mentioned I do prefer the flaky Hong Kong style tart bases. The blueberry one was nice in the sense that it added a nice sour fruity tang to the base flavour. The chocolate one was vastly different with respect to the filling which was far more dense and strongly flavoured, with the added crunchy texture of nuts on top, and again a crumbly biscuit base.