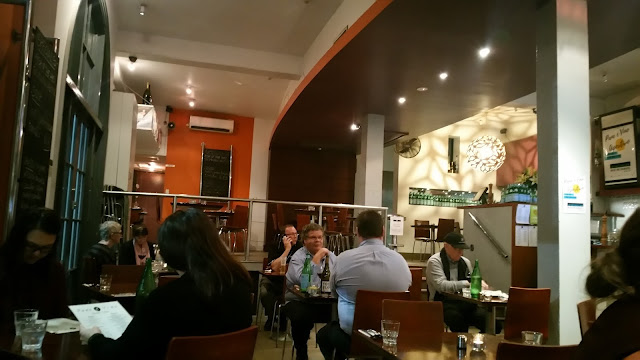 Met up with a friend who had recently come back from overseas at the long established Pane E Vino. Running late, I rushed into the restaurant before taking an outside snap, but thankfully with our reservation, we had a table set for us. 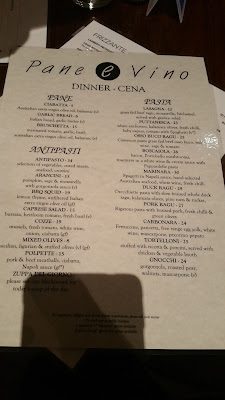 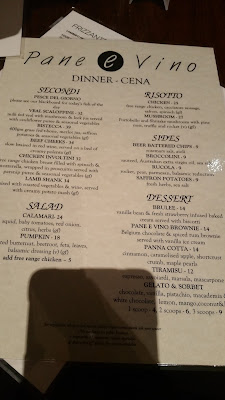 Having made a point to look at the menu online first, I was somewhat disappointed that me selection (the sand crab pasta) wasnt on the menu that evening. So I settled for something else. 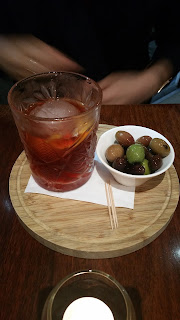 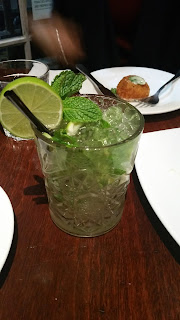 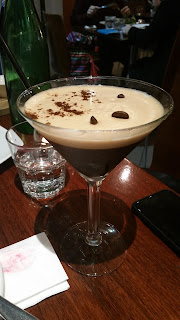 Our drinks came first, with a companion ordering the Negroni, our designated driver with a mocktail and my espresso martini. All drinks were thoroughly enjoyed. 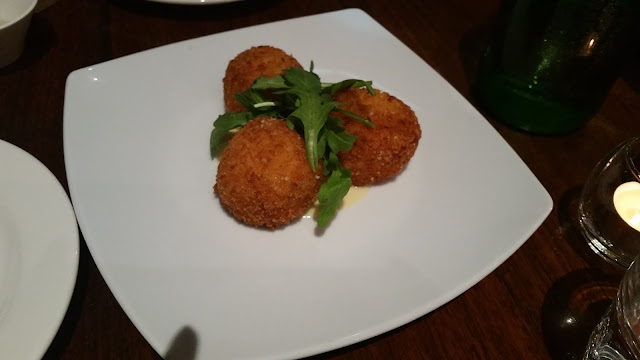 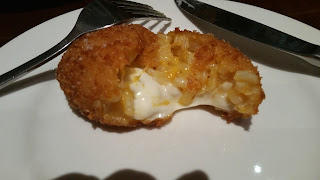 Our shared entree was the arancini balls with pumpkin, sage and mozzarella with gorgonzola sauce. Coming as a portion of three, it was just right for the three of us. I liked the fact that the crumbed exterior wasnt overly thick, and the comforting cheesy risotto centre, with the pumpkin and gorgonzola ensuring it didnt become an overly heavy dish. 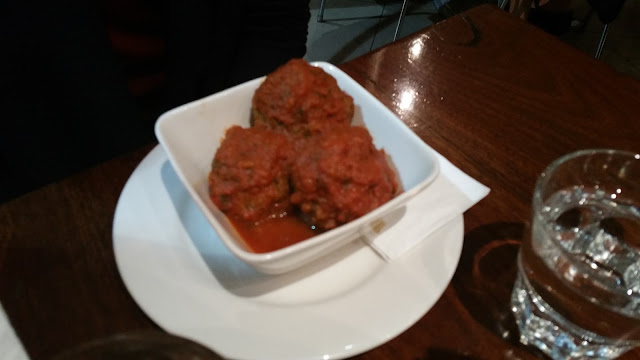 One companion ordered the Polpette, a bowl of pork and beef meatballs, ciabatta and napoli sauce. As you can see in the photo, she wasn’t served any ciabatta, and when she asked staff about it, they said they would investigate, but it still came to nothing, which was a shame. 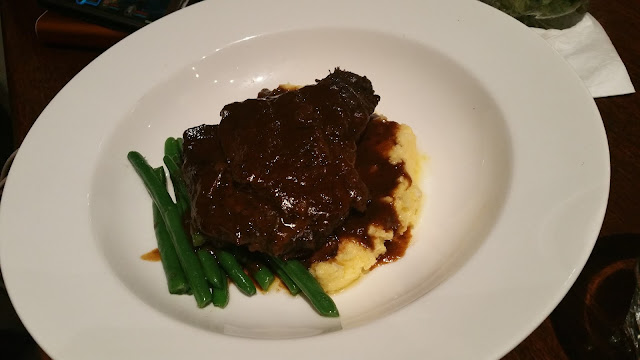 Another companion had the Lamb shank braised with roasted vegetables and wine, served with creamy potato mash. This was probably the best executed dish of the evening, with relatively tender lamb that had infused with the taste of red wine. The potatoes were ample, though slightly lumpy, and the comprised of green beans only. 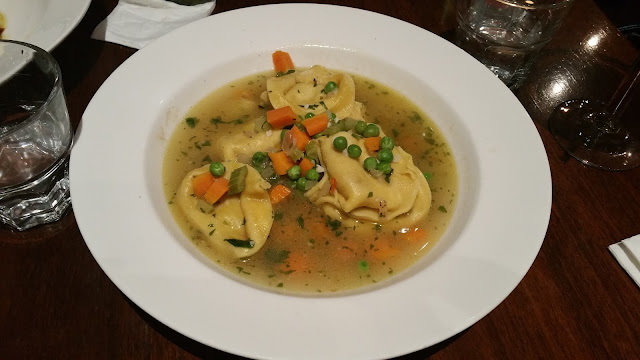 My dish was the Tortelloni stuffed with ricotta, porcini (mushrooms), served with chicken and vegetable broth. With five pieces, it was a light meal indeed. Looking at the dish it was not hard to draw parallels with my usual wanton soup. The broth itself tasted as if it had come straight out of a Campbell’s can, which isn’t necessarily a bad thing, but the tortelloni had extremely thick pastry and somewhat bland fillings. 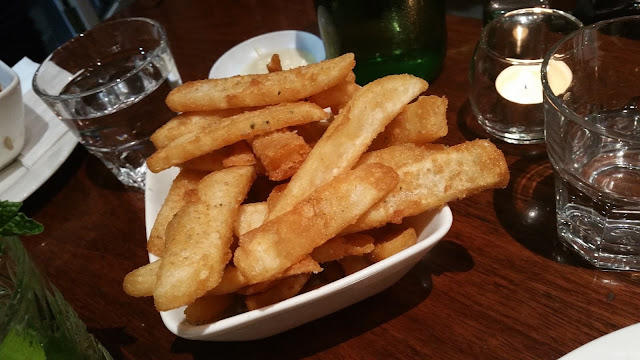 As a shared side, we had a bowl of chips, which were quite delicious as they were hot and crispy, making it the best element of our meal.