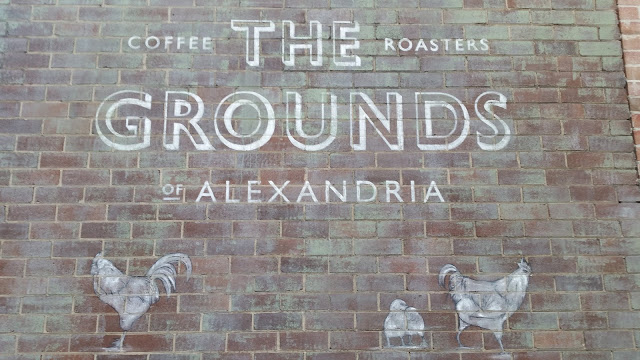 At the recommendation of a colleague, Iron Fist and I grabbed brekky at the ever popular Grounds of Alexandria, which readers will no doubt have seen photos or read about online. Unfortunately it's taken me multiple trips to Sydney to finally fit it in though, as it's not as conveniently situated outside of the CBD. This time, being situated outside of the CBD made it an easy 5 min drive for us to get there (but parking was another story all together). 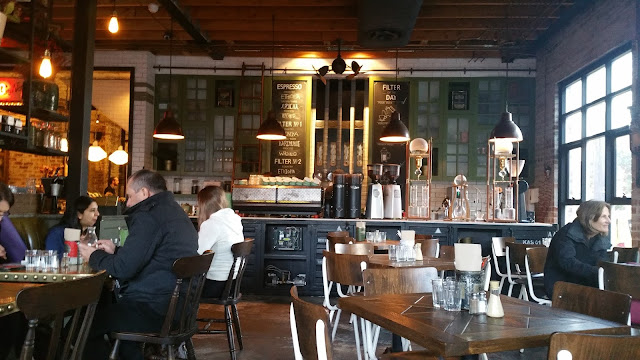 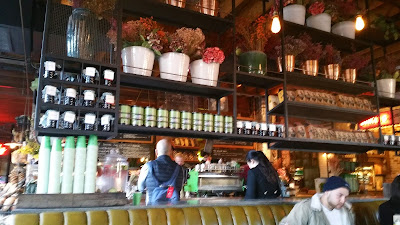 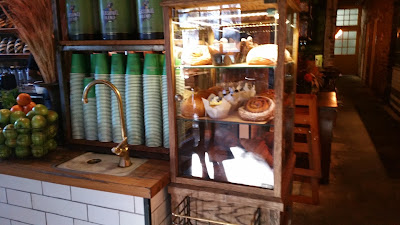 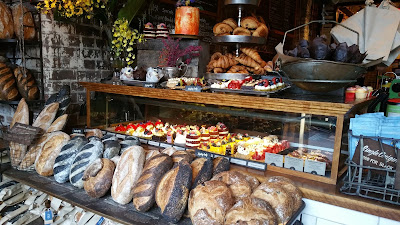 Navigating through the large facility, we made our way to the cafe. Decor and setup were amazing. Thankfully, despite the popularity, the venue was huge and we were easily seated. 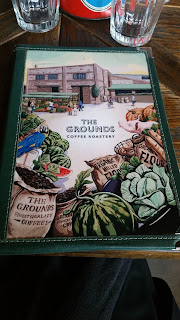 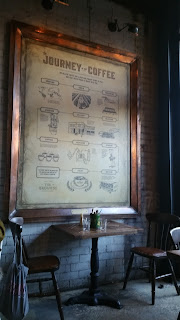 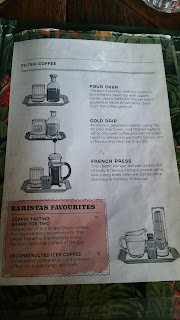 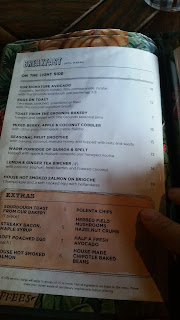 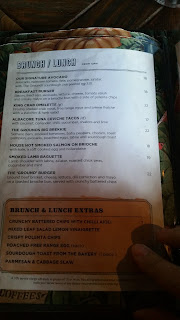 Menus were extensive, and I loved the focus on coffee, and the detailed process map of how their coffee is produced. As a reviewer, giving me context like that really gives me a greater appreciation of my drink. 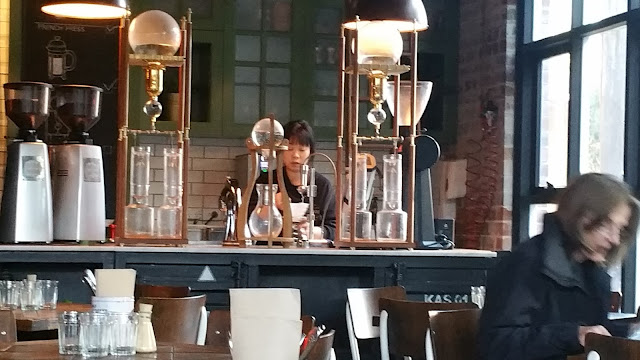 Making our order (finally table service), we appreciated the view of our coffees being prepared. 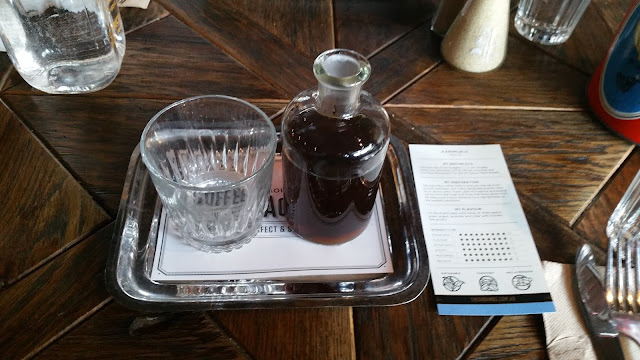 Between us, we tried two types of brewed coffee. First up was the Siphon coffee. Having had it once before in Taipei, where the siphon was actually bought to our table, I was a little disappointed that we had to watch it from afar this time. Being developed in the 1840s, siphon coffee uses to glass two chambers, one of which is filled with water. By heating the bottom flask, vapour pressure forces the water to rise into the upper flask where it is then mixed with the coffee grounds. The water, now mixed with the grounds, is pulled back down into the lower flask through gravity, through a filter which results in the bottom chamber being filled with brewed coffee. This made for a very clean crisp and sharp brew, which we both appreciated early morning. 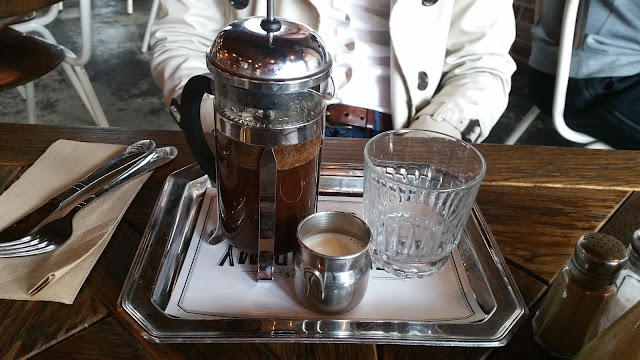 Our second choice that morning was the French Press. Being able to exercise control over the steep time, we were able to make a brew that was both clean and crisp, but also very strong, but a little bitter. 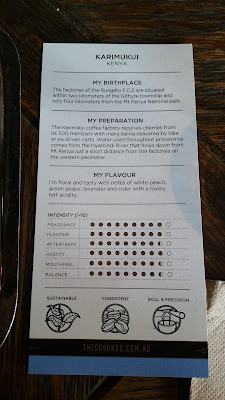 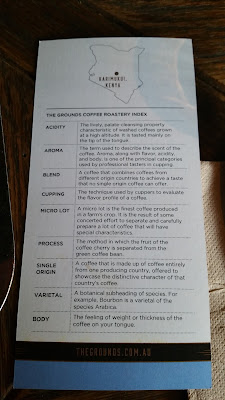 Coffee cards were provided that day. The blend was Karimukui from Kenya, and it again added context to our drinks. 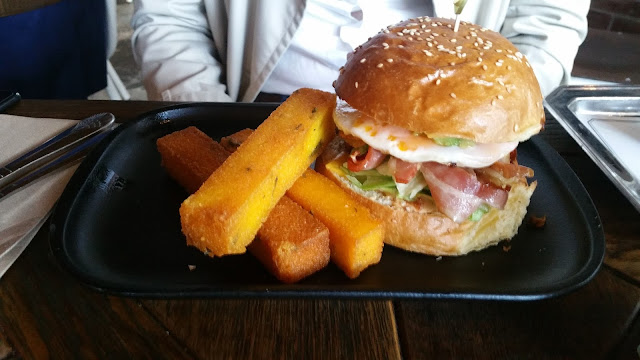 Iron Fist started his day with the breakfast burger. A very large dish, with the burger consisting of bacon, a fried egg, avocado, lettuce, cheese, tomato relish and smokey mayo on a brioche bun with a side of polenta chips. Whilst I would have considered the meal to be very heavy, he managed to finish it without much drama, and thoroughly enjoyed it. 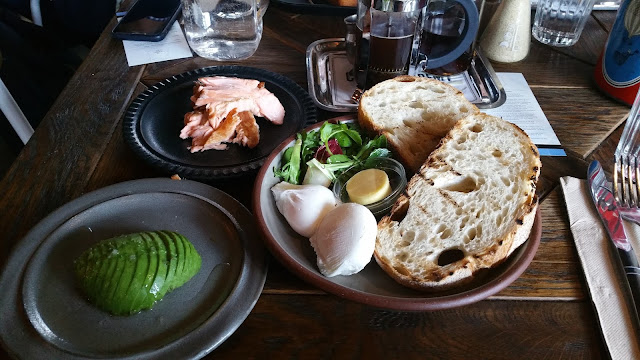 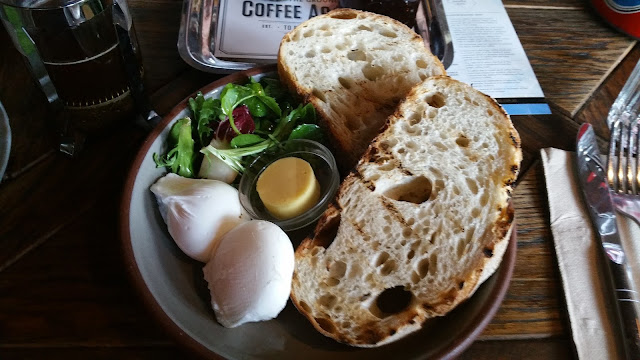 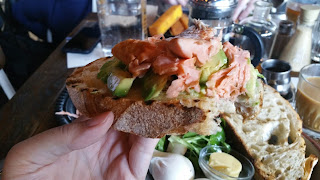 My brekky consisted of eggs on toast. Wanting to add a little more to keep it interesting, I added a side of avocado and salmon. The toast was humongous. I do not believe I've had such a large piece of sourdough before in my life, and I definitely struggled to finish it. The bread itself was very fresh though, with a toasty crusty exterior and a soft but relatively dense interior. The eggs were perfectly poached with a runny yolk, and I appreciated the avocado which could have been a little riper for my liking. What did disappoint me though was the fact that the salmon was completely cooked. Perhaps I have wrongly assumed that breakfast salmon is usually smoked, but it was not what I expected. The portion was again very big, but could also have been better seasoned in my opinion.