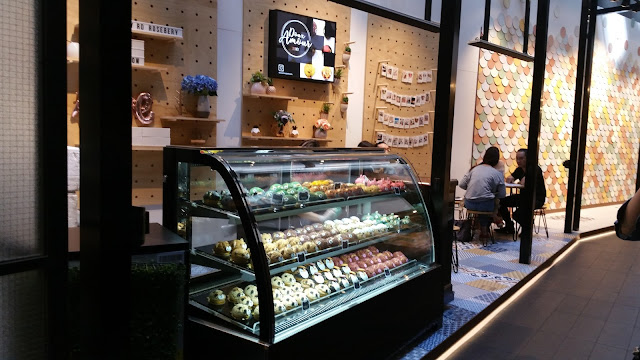 Stopping by my second most favourite shopping centre in Sydney, Regent Place, Queen V and I ran into one of her favourite bakeries in Sydney, Doux Amour, which had conveniently opened a pop up on the bottom floor. 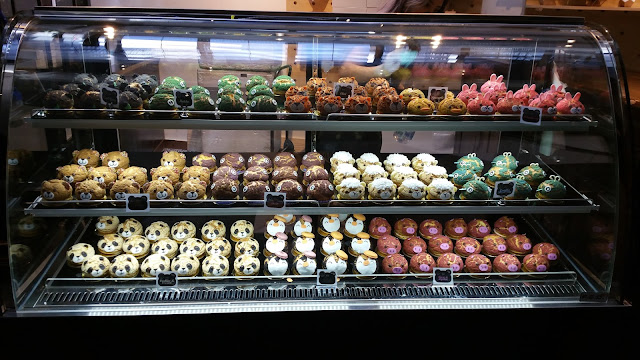 Though I had never tried it before, seeing those adorable puffs was enough to put me into a super excited mood. Had it not been for the expensive price tag ($7 for ONE PUFF), I would have gone all out and bought one of every single flavour. 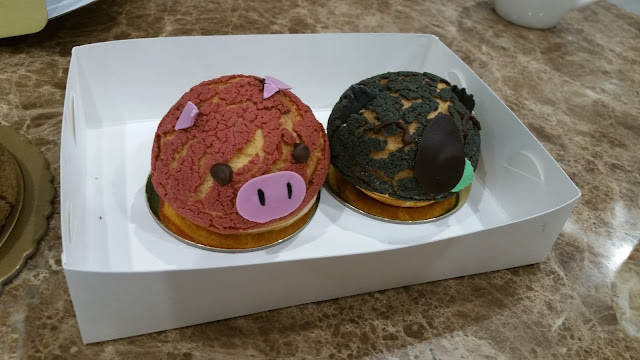 In the end, in the interest of sensibility, we only got two to go, the pink lychee and rose pig, and the earl grey koala. Looking at their adorable faces, it took a lot of heart wrenching before I gave in and cut them in half to share with Queen V. Both were amazingly delicious, and filled to the top with flavoured cream. The lychee one had noticeably chunks of lychee inside of it and was very fragrant with rose. The earl grey one was of course far smoother, but the strong tea flavours were unmistakable. Both pastries were remarkably fresh and crunchy on the outside as well. I really enjoyed both.