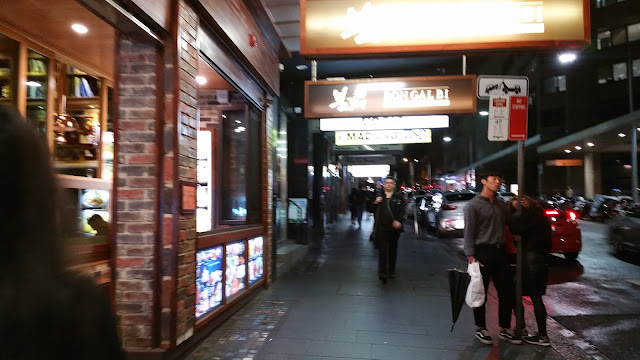 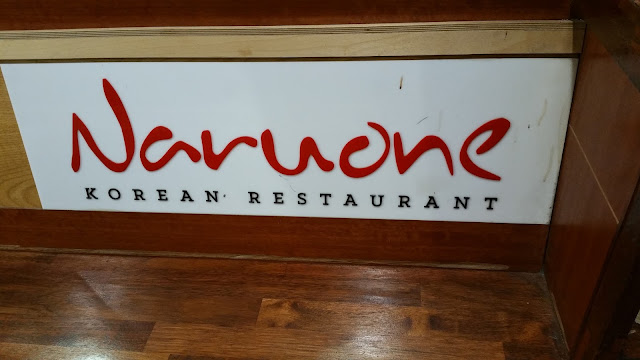 After the very big lunch we had at Dining Room, and the afternoon tea we had at Koi, Queen V and I wanted nothing more than to get something simple and nearby to the hotel for dinner after our daily afternoon nap (yes, we travelled to Sydney for the sole purpose of eating and sleeping). Initially we had our sights set on Miso for a homey dinner, but it was closed. With her love of everything Korean, when we stumbled on Naruone, we decided to give it a shot. 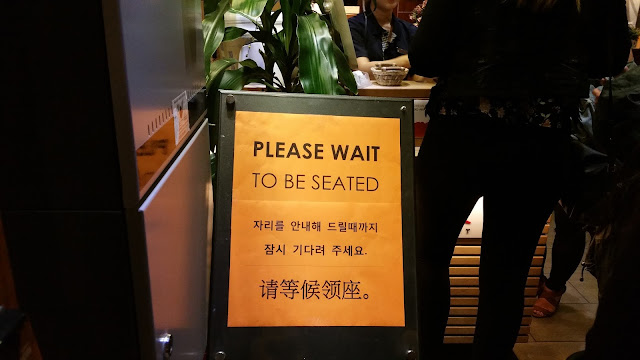 Despite how late in the evening it was, the restaurant was still bustling with people. However we were soon seated by the very efficient staff. 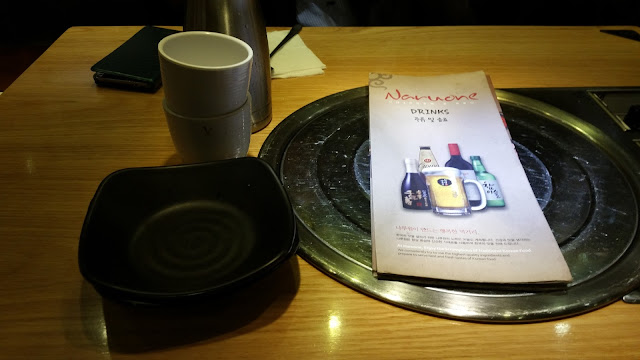 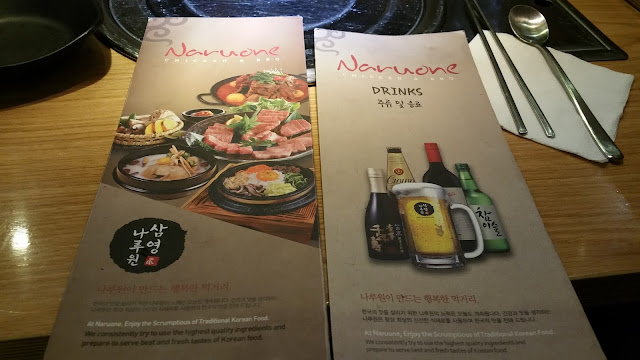 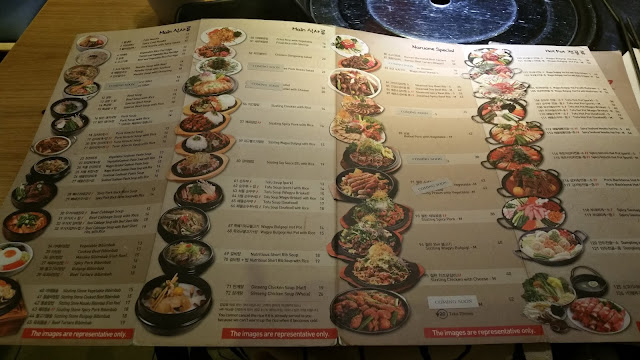 Like most of the Korean places I had been to, there was an abundance of choice in the menu, but being still groggy from my post lunch nap, I decided to keep it light and simple. 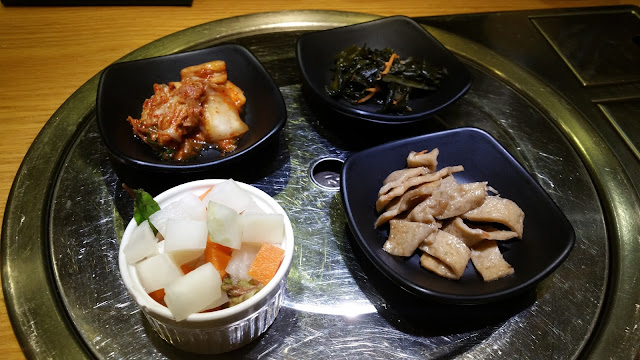 Ordering through the buzzer, our sides came quickly. That night we had kimchi, preserved seaweed, preserved tofu skin and some daikon and carrots. Favourites would have to be the refreshing kimchi and the well textured but lightly flavoured tofu. 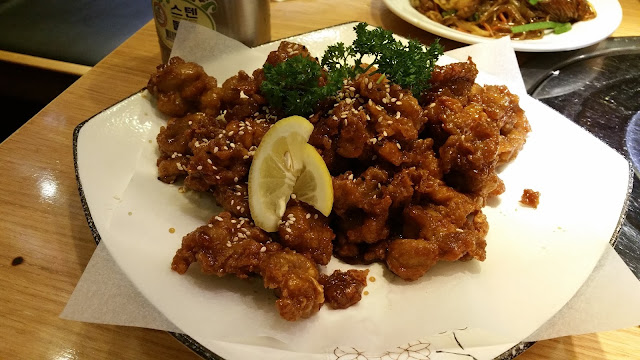 Not wanting to hold back, Queen V ordered a soy boneless chicken. It was quite large, definitely for sharing rather than single serve (an issue I've often had with Korean places), but having much restraint that evening, I resisted temptation to eat it. She commented that it was reportedly fresh, crunchy and moist, albeit sticky and a bit sweet. 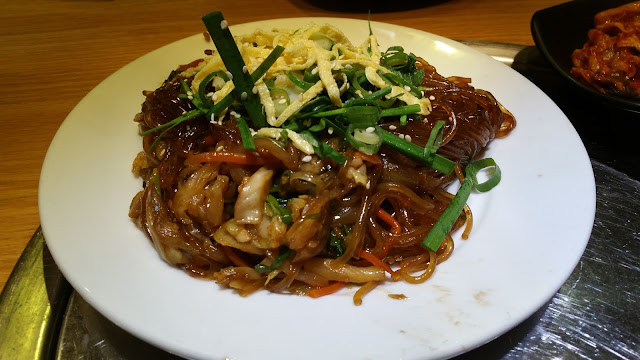 If that were not enough, she also ordered a dish of potato glass noodles. Trying out a little, the noodles were quite elastic and chewy, reminding me of green been noodles, and they were deliciously infused with soy. 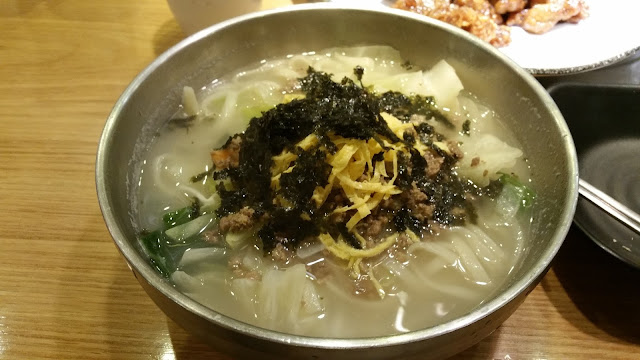 Having my mind set on a light meal, I opted for a simple bowl of beef noodles. Whilst the beef content really wasn't high, that was exactly what I needed that night. The noodles were soft and tender, with the bone broth being both warming but on the light side of the taste spectrum. Added shredded egg and seaweed on top was also delicious, but if it were just a regular day for me, I would have found the bowl to be lacking on its own.
Price Range: $15 - $30pp