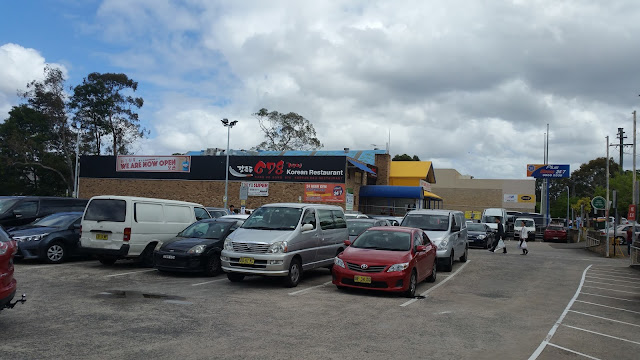 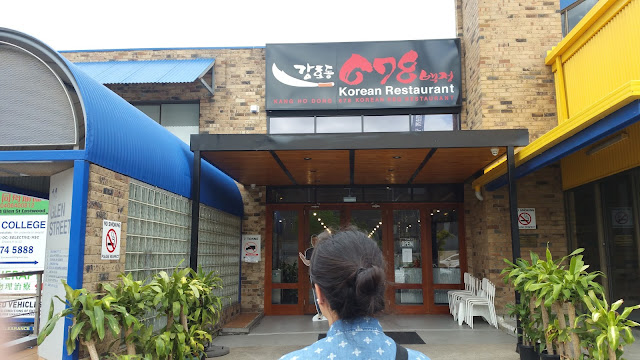 Japanese food to me is what Korean food is to Queen V, and no trip to Sydney would be complete without a proper Korean meal to satisfy those cravings. Having done her research beforehand, she opted for 678 Korean Restaurant, the main store which is situated a quick train ride away in Eastwood. 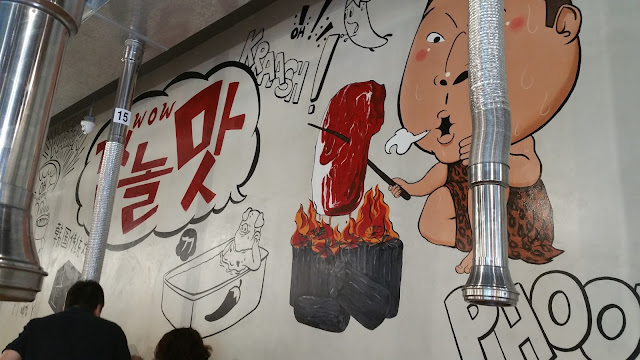 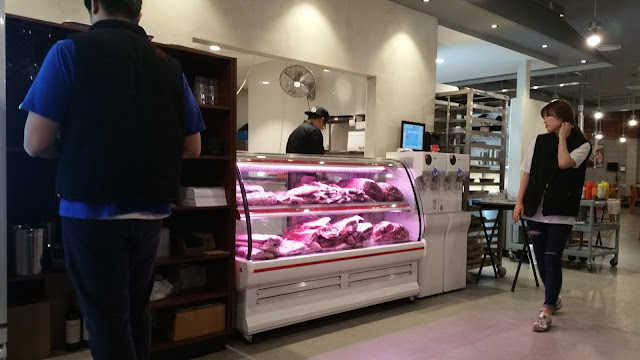 Grabbing our table inside, the first thing that jumped at me was of course the cartoon drawings of who I would assume to be the owner of the store. He was drawn everywhere, from the menus to the walls. The second thing to draw my attention, for which I was far more appreciative of was the meat display, which was right in the middle of the restaurant. I had never seen such a display in a Korean restaurant before, with the closest having been probably the steak displays in high end hotels in Brisbane (Norman, Breakfast Creek etc). Seeing this assured me that the meat would be of a high standard. 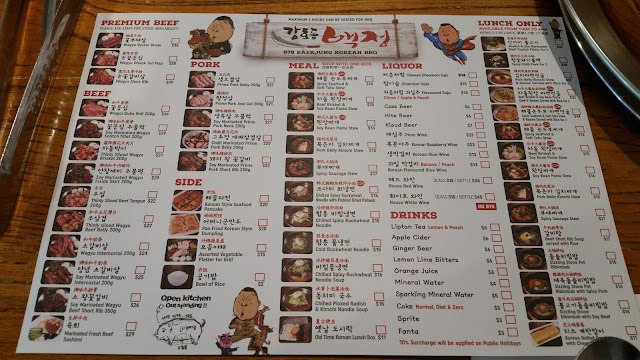 We ordered via a tick sheet, and I noted that the meats definitely seemed to be on the expensive side of the spectrum. Other than BBQ, other set meals were available in addition to quite a bit of Korean liquor. It took a while to flag down a waiter, but eventually we made our order. 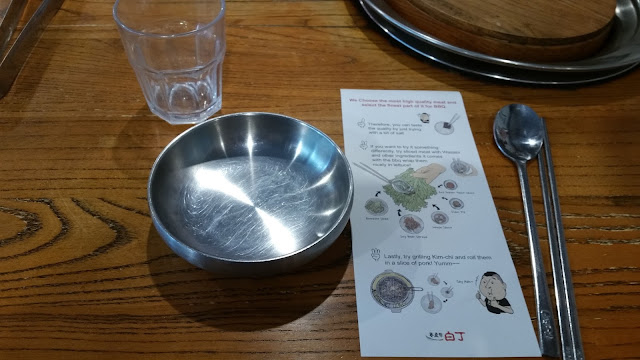 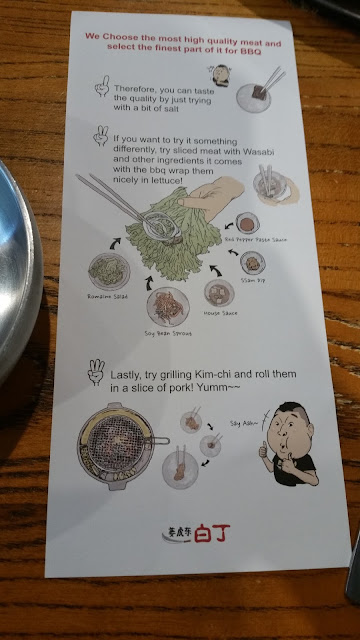 For those unfamiliar with Korean BBQ, there were instructions at our place which gave a detailed account on how to eat KBBQ. 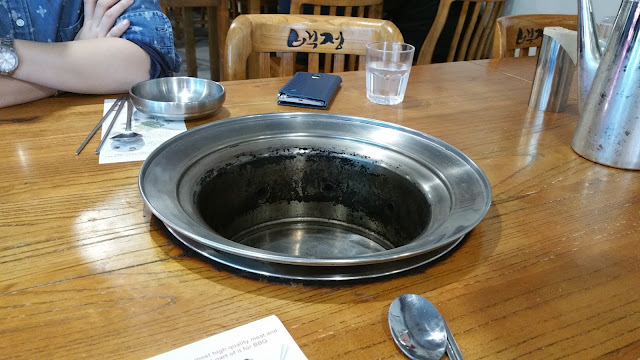 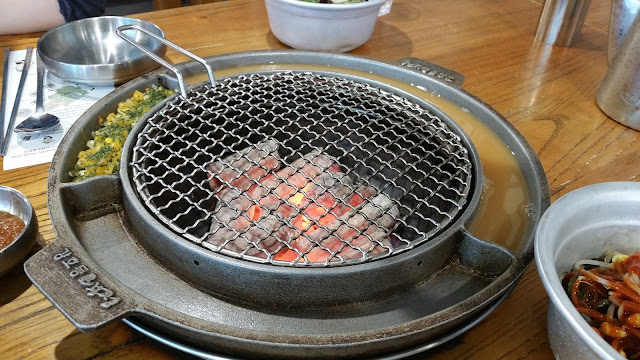 Our bbq was set up without much delay. The outside ring was unique to me, and I had never seen this before, but whilst we grilled meats in the middle, there were foods placed on the outside to also slowly simmer away. 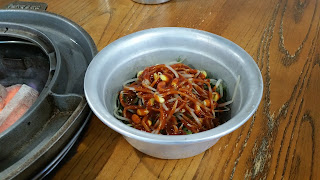 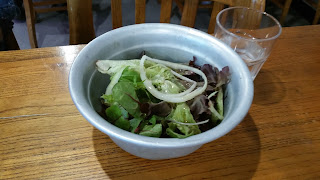 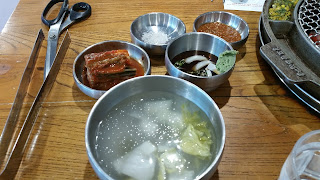 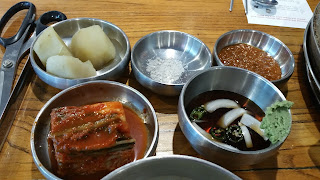 Sides were in abundance, and we had leafy green salad which was refreshing and crunchy, spicy sprouts with kimchi. We also had a cook crisp daikon soup with ice chunks to keep us cool, as well as kimchi and preserved potatoes. I really liked the soup. 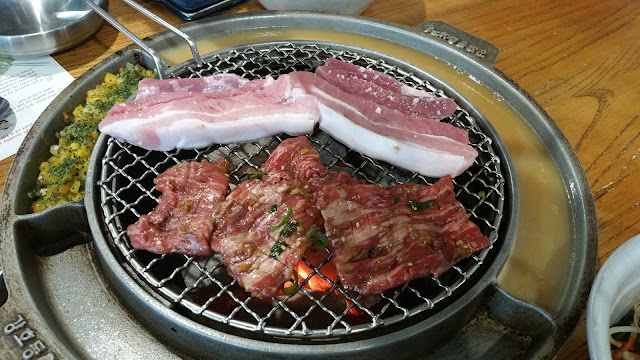 Soon our meats arrived, and we set about grilling them immediately. 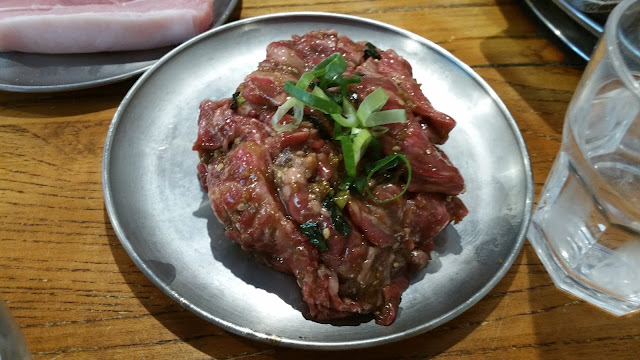 This was the marinated beef. The portion was small for the price, but the quality was amazing. The beef was wonderfully tender and the delicious soy marinate just blew me away. The meat was unbelievably fresh and had a really strong beef taste to it without being over the top, and the texture was meaty without being chewy. Cooked to a perfect rare, this was a wonderful dish, worthy of the price tag. 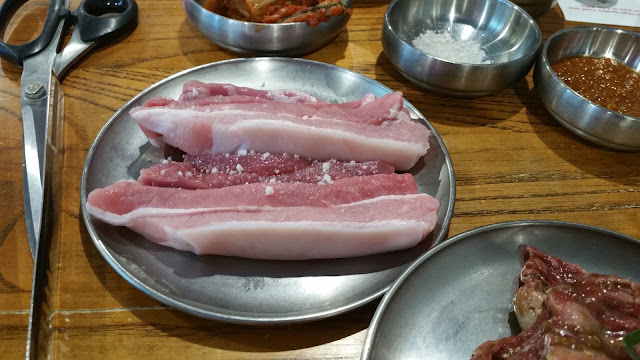 Next up was the pork belly, which only contained two pieces in one serve. It wasn't marinated, but instead it was lightly salted. For pork belly, this wasn't as fatty as other places, and the meat was again of the same high standard as the beef. It cooked to have a delightfully caramelised interior with the meat juices sealed inside. 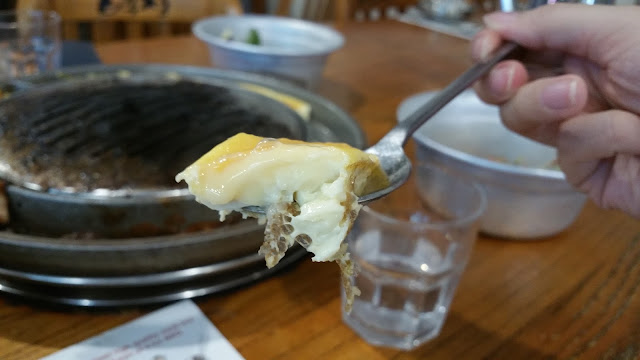 By the time we had finished our bbq, the egg on the side of the grill was also done. It was quite smooth and savoury, much like a chawanmushi from Japan, but with a grilled kind of skin to the edges, making it quite a novel experience. 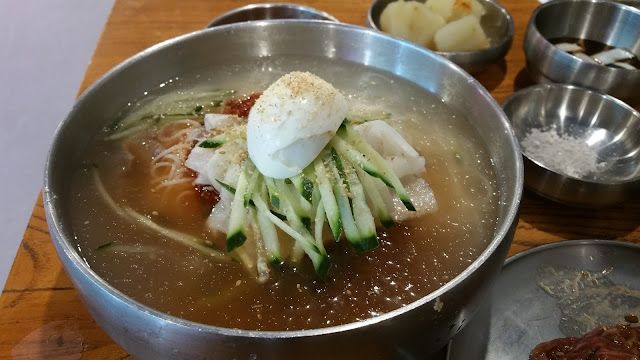 Other than the bbq, we also had some cold noodles to share. This also came in a daikon broth, with some egg, cucumber and more daikon chunks. After the heat of the grill, it provided some much needed refreshment, and cooled us down immensely. I quite enjoyed the simplicity of the noodles with their great texture, and it gave us some much needed balance in our meal. 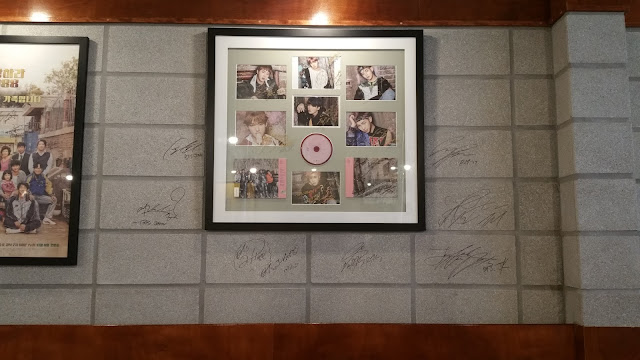