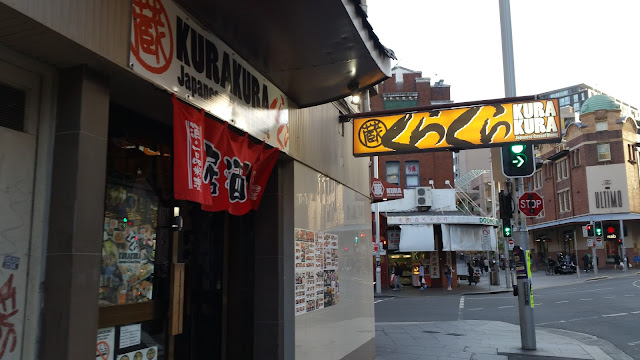 For those who may be aware, my secondary passion after food, is gaming (on top of my day job). It has only been recently that I have been passed the mantle of Guild Leader in the game that I've currently been playing. With guild members scattered across the country and around the world, so what better thing to do than to organise a guild meetup with a few members in Sydney (also a good excuse to ask locals to take me to their favourite places to eat). So with that in mind, my two cute guild members too Queen V and I to sample the Japanese food at KuraKura, a popular hangout for Uni kids for dinner. 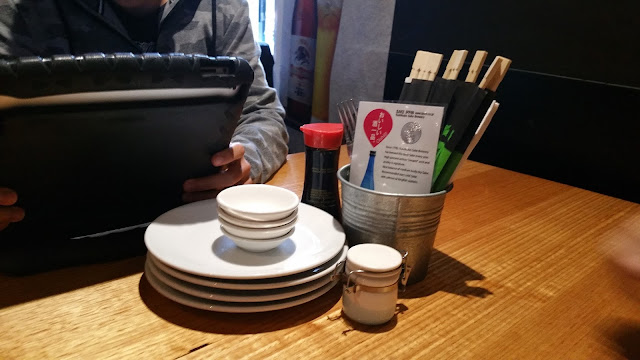 Arriving at 6.30, we were given the table if we were able to promise that we would leave by 8.00. This would not be an issue for us, so we were quickly seated. A large pile of cutlery and crockery were provided, and we set our own table. 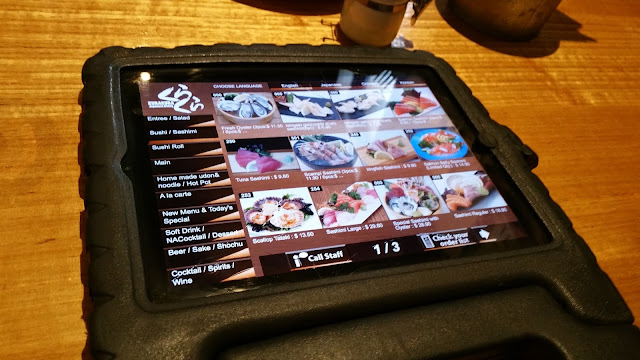 Like most efficient and modern Japanese stores, we ordered via ipad without further hassle to the waitress. 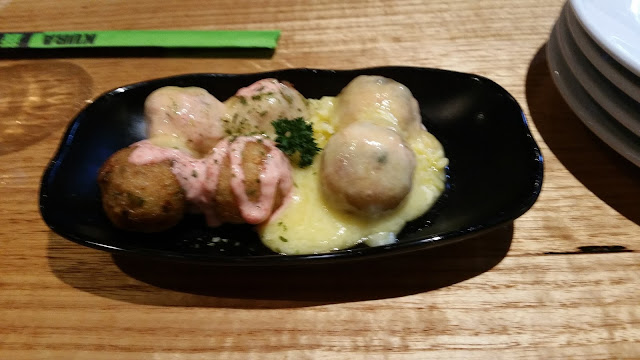 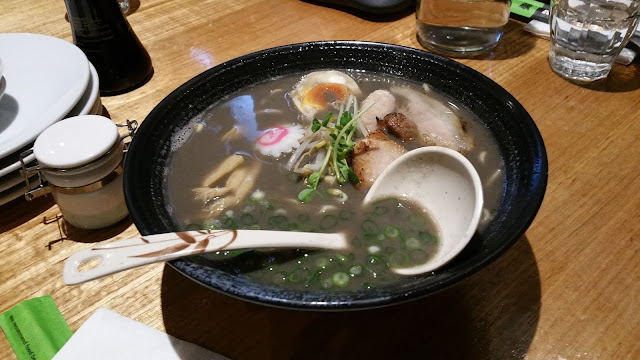 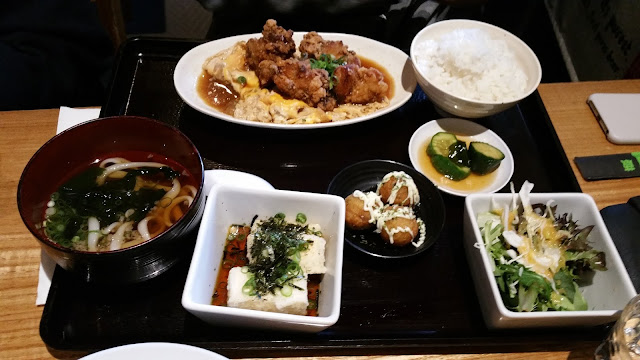 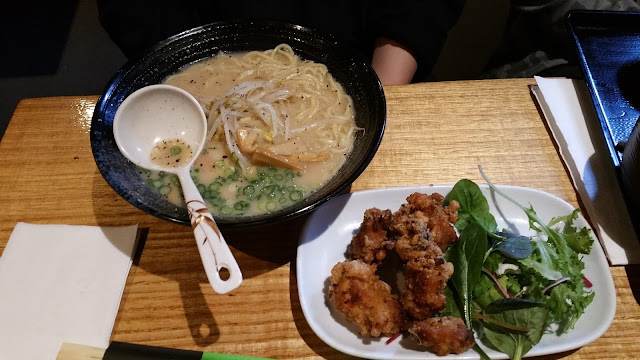 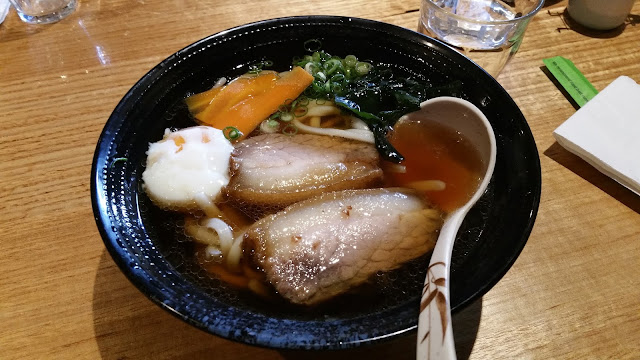 I had a bowl of charsiu udon. It came with a light clear broth, a poached egg and two very thick cut pieces of fatty charsiu. The udon wasn't the standard fresh square type or preserved circular type, but in fact kind of flat,which reminded me a bit of Shanghai noodles. The meat was a little chewy, and close to half of it was comprised of fat, which I didn't eat. The egg was Japanese ontama style, meaning that it was definitely a lot more raw than the usual western style poached egg. A garnish of wakame and green onion made it a well seasoned and enjoyable bowl. 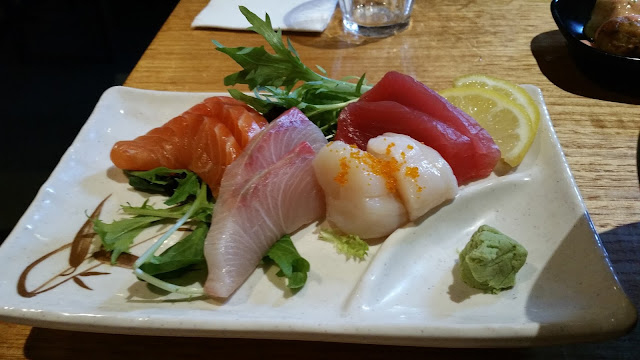 Of course, who could say no to sashimi in a Japanese restaurant. I got a small combination, and it came with two slices of salmon, kingfish, tuna and scallops, all of which were reasonably fresh, particularly the kingfish. I liked the sprinkling of tobiko on the scallops, giving it just a little bit of crunch, but I didn't enjoy the overly processed wasabi.